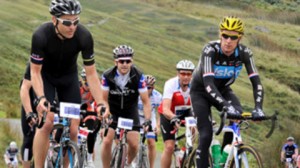 Despite heavy rain showers hundreds of cyclists joined Bradley Wiggins yesterday for the (now) annual Ride with Brad sportive around some of his favourite training routes through Clitheroe and Trough of Bowland in East Lancashire. This year’s event, held in support of his charity the Bradley Wiggins Foundation which was set up to promote sport in the community, was complimented by a Festival of Sport in Victory Park, Barnoldswick. Riders set off with Sir Bradley, from Eccleston, at around 7am, on a choice of 50km, 100km, or 160km routes, with Wiggins returning to Victory Park just after noon to sign autographs and talk to the press. Amongst those taking part were fellow Olympians Laura Trott and Dani King now part of the Wiggle-Honda team supported, in part, by the Bradley Wiggins Foundation. 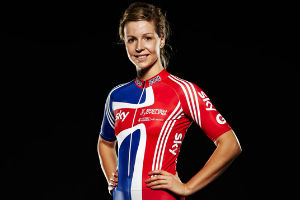 Becky James has taken her second world title in just 24 hours after a spectacular win in the Keirin to add to yesterday’s World Sprint Gold – add this to the 21-year-old’s bronze medals for the TT and Team Sprint and she becomes the first Brit to ever win four medals at a single World Championships. Her success brings to an end Team GB’s campaign in Minsk, which sees them sitting atop the medal table with nine in total including five golds. British Cycling Performance Director Sir Dave Brailsford had described this first step on the Road to the Rio Games as ‘a changing of the guard’, with an intriguing mix of established and fresh talent competing in the absence of old hands like Victoria Pendleton and Sir Chris Hoy.

Certainly Laura Trott, having had to settle for silver in the Omnium (losing her world title to Sarah Hammer), will have been disappointed but compensation came in the form of gold last Thursday in the Team Pursuit and elsewhere Team GB performed – frequently outperformed – across the board. On the strength of the last few day’s competition this fresh squad, including the absolute one-to-watch Elinor Barker, are going to deliver miles of dramatic competition ahead of the 2016 Olympics.

Plans would seem to be afoot to introduce three additional cycling events for the Rio 2016 Olympic Games. The International Cycling Union (UCI) are to put forward a proposal for the return of track points races and extensions to both the BMX and Mountain Bike events; meeting on Saturday (February 2) in Louisville, USA, ahead of the Cyclo-Cross World Championships they issued a statement that read ‘With regards to the 2016 Olympic Games to be held in Rio de Janeiro (BRA), the Management Committee expressed its support for a proposal to be made to the International Olympic Committee for the addition to the cycling programme of a points race and BMX Freestyle and Mountain Bike Eliminator events for both men and women.’

It is possible that the changes could also see the removal of the multi-stage Omnium (an event in which GB’s Laura Trott won Gold in London) from the next Games. These are early days and early proposals and shake-ups between Olympics are frequent across all sports, but given the huge success of Team GB in 2012 it will be interesting to see how things pan out in the next three years. Cyclo, of course, will keep you posted with all the latest developments. 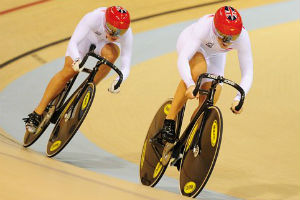 Mixed fortunes for Team GB over the last three days, but no denying a long weekend of spectacular action. With Becky James replacing the retired Victoria Pendleton, she and Jess Varnish brought home the first gold medal of the Track Cycling World Cup at the Sir Chris Hoy Velodrome beating Spain to take the top spot in the Women’s Team Sprint. In a closely fought battle for Gold in the Women’s Team Pursuit, GB held their nerve to the line with Olympic Gold Medalists Laura Trott and Dani King joined by 18-year-old Dani King taking victory over Australia in second and Belarus in third.

Silver for the Men’s Team Sprint came courtesy of Ed Clancy, Philip Hindes and Jason Kenny who were beaten by Germany. Kenny’s luck failed to hold on day two though as a clipping of wheels with Germany’s Stefan Boetticher saw him wiped out of contention in the closing stages of the Keirin final and ultimately withdrawn from competition.

Considerably better form from Jess Varnish on day two, taking Silver behind Germany’s Gold in the Women’s Sprint, having gone head to head against teammate Rebecca James for her place in the final run-off.

The third and final day of competition undeniably belonged to Laura Trott, winning Gold in the omnium to add to her matching medal from the opening day’s Team Pursuit. 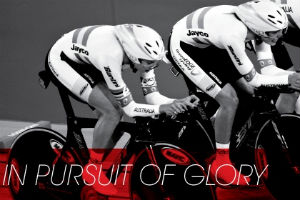 Despite the inauspicious start to the Track World Cup yesterday (November 16), which saw GB’s men wipe out in spectacular fashion during the qualifier of Team Pursuit, things soon picked up at the brand-new Sir Chris Hoy Velodrome with two Golds and a Silver from opening night. Spain were vanquished by Rebecca James and Jess Varnish in the Women’s Team Sprint final to take GB’s first Gold, followed by Laura Trott, Dani King and Elinor Barker taking the same colour over Australia in the Women’s Team Pursuit. Silver came courtesy of Jason Kenney, Ed Clancy and Philip Hindes’ Men’s Team Sprint.

Action continues today and tomorrow (November 17/18) in Glasgow with full scheduling details at trackworldcup.co.uk and coverage across both BBC1, BBC2 and via the Red Button services, with additional radio coverage via BBC Five Live Sports Extra. 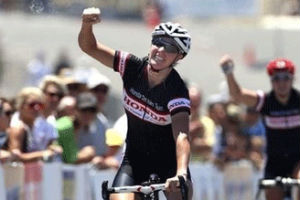 Along with the headline Honda sponsorship and Wiggo Foundation backing (‘Wiggins’s support will further enable the girls to fulfil their potential out on the road…’ read a team statement), DTPC also finds support from High5, Tacx, Pinarello, Campagnolo, Vanmobil, Lazer, Fizik and Look.

Speaking of her signing to the team double-Olympian Laura Trott said, ‘I’m excited to be joining the DTPC Honda Pro Cycling Team for the 2013 season and look forward to being part of what I believe will be one of the most professional, and successful teams next year. I’m looking forward to gaining more experience on the road with such a great team next year.’

Gilmore was driven to start the DTPC team by her ambition to provide female athletes with both the environment and conditions that she feels they deserve in order to perform at their very best. In a statement Gilmore, the 2010 Commonwealth Games Road Race champ, said, ‘I believe that having partnerships with companies like Honda and the Wiggo Foundation, the team can function as a truly professional organisation, making the athletes a priority and providing them with what they need in order to reach their potential…’ 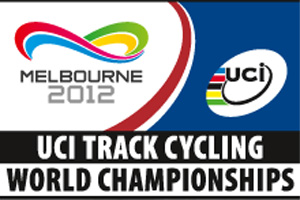 Drama certainly hasn’t been in short supply at this year’s World Track Cycling Championships in Australia; right from the off bitter rivalries, contentious decisions and the pressure of the looming Olympics have been in evidence. It would have been hard for Hollywood to script a more dramatic route to success for Britain’s Victoria Pendleton who had to more or less scrape herself up off the track in the first best-of-three semi-final heats against arch-rival Anna Meares, with whom she literally clashed. But recover she did, in order to snatch overall victory from the Australian and reclaim the Sprint World Title. With Pendleton set to retire after the 2012 Olympics, it brings her career total to nine World Titles with six for Sprint.

Meanwhile the unstoppable Laura Trott proved, well, unstoppable; taking the Omnium World Title ahead of Australia’s Annette Edmondson. Trott described the win as ‘massive’, hardly an understatement when you consider that since she launched, seemingly from nowhere, just two years ago all six medals the 19 year old has bagged at European and World level have been Gold. Having already been part of the World Title-winning Women’s Team Pursuit squad in Australia, Trott’s 2012 Olympic place is now guaranteed.

British Cycling has announced their team for the Under 23 UEC European Track Championships, which take place July 26 – 31 in Portugal, listing a total of 29 young riders that includes the current Elite World Champions Dani King and Laura Trott, along with elite-level Gold medallists Sam Harrison and Jess Varnish. Performance Manager Shane Sutton said: “We’re sending a large team of riders out to Portugal, all of whom we believe are capable of performing well at European level. The size of the squad, and the fact that some riders haven’t made selection this time, is a testament to the success and strength of our Olympic Academy and Olympic Development Programmes and means we’re in a good position looking to London 2012 and beyond.”