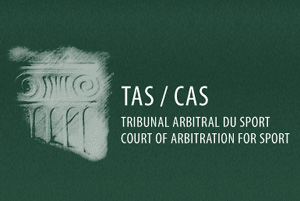 After an unbelievably protracted sequence of events, Spanish rider Alberto Contador has been found guilty of doping offences by the Court of Arbitration for Sport (CAS) and banned for two years. The decision also sees him stripped of his 2010 Tour de France title and Andy Schleck (whom he beat by just 39 seconds) retrospectively awarded the title. The Saxo Bank-SunGard star was initially cleared by the Spanish Cycling Federation – who believed the story the that he had accidentally ingested the performance-enhancer, Clenbuterol, via contaminated meat – but both the UCI and The World Anti-Doping Agency (Wada) sought to overturn the finding, leading to the hearing, and much delayed decision, at CAS. The verdict means that Contador will not ride in the 2012 TdF as his ban will remain in place until August 6.

In a statement the ICU president, Pat McQuaid has said: ‘This is a sad day for our sport. Some may think of it as a victory but that is not at all the case. There are no winners when it comes to the issue of doping: every case, irrespective of its characteristics, is always a case too many.’

At last, a date for your diary. The Court of Arbitration for Sport (CAS) has, after interminable delays and innumerable procrastination, finally set a date for the hearing into Alberto Contador’s positive testing for a banned substance at the 2010 Tour de France; the Spaniard will have his case heard between November 21 and 24 – a full season and a half after his alleged infraction. The Saxo Bank-SunGard star won the 2010 Tour – finishing 39 seconds ahead of Andy Schleck – but tested positive for the performance-enhancing drug clenbuterol. Contador subsequently claimed to have accidentally ingested the substance via contaminated meat and although the Spanish Cycling Federation cleared him, both the UCI and The World Anti-Doping Agency (Wada) sought to overturn the finding, leading to a series of set and then moved dates for the hearing with CAS. Could this actually be an end to what must be the most protracted wrangle in modern cycling history?