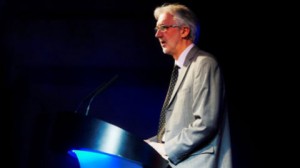 The newly appointed president of the International Cycling Union (UCI) Brian Cookson has been setting out his stall and implementing his election manifesto promises. Cookson, who had pledged to restore trust in the UCI, has already contacted the World Anti-Doping Agency (WADA) to start the process of an independent investigation into the UCI’s somewhat chequered history under the leadership of previous presidential incumbent Pat McQuaid. Commenting on developments Cookson says, ‘We’ve started the work of establishing dialogue with Wada to plan how we will proceed with the independent investigation into the UCI’s past… We have also been making contact with other key stakeholders in this area, including USADA (the United States Anti-Doping Authority), other national anti-doping organisations and the French sports ministry.’

Cookson has also confirmed that the UCI has also withdrawn legal proceedings, initiated by his predecessors, against journalist Paul Kimmage, who alleged he had defamed them.

In further excellent news for women’s cycling (coming on the back of the decision to award the Women’s Tour of Britain a level-pegging 2.1 status for its launch in 2014), Cookson has confirmed the decision to revoke the age limit of 28 for UCI women’s teams and to form a new commission specifically to facilitate the growth of women’s elite cycling.

Cookson, a prolific engager in social media – a welcome seachange from McQuaid’s ‘closed doors’ operation – tweeted: ‘It’s been a busy and important time for me & the ?#UCI. Thanks to all for the support I’ve received in setting out on this new path.’ You can follow Brian Cookson on Twitter @BrianCooksonUCI

Eufemiano Fuentes, the Spanish doctor accused of masterminding one of the biggest doping rings in the sporting world after police found 200 bags of frozen blood and plasma at his office in 2006, has been given a one-year suspended sentence. After seven years of investigation and protracted court case, the suspended sentence was handed down for ‘endangering public health’, as doping was not, at the time, even illegal in Spain; even odder Judge Julia Patricia Santamaria struck Fuentes off as a doctor for four years and fined him a mere 4,650 euros (Ł4,000). The bags, which were labeled with codenames believed to refer to numerous prominent sports stars including, but not limited to, cyclists were ordered destroyed by the judge, something that the World Anti-Doping Agency (WADA) has called ‘disappointing’. Spain’s own anti-doping agency (AEA) plans to contest the court’s ruling, with agency boss Ana Munoz telling BBC Radio 5 live, ‘We do not consider this the end of the process.’

The potential fallout from Lance Armstrong’s confessional interview with Oprah Winfrey is almost too much to comprehend; the retaliations, the potential legal actions, the possible out-of-court settlements, further revelations of complicity to come… What’s clear though is that pretty much everyone has something to say on the matter.

With this in mind Cyclo brings you some of the choicest quotes from around the world, but first thought it worth pointing out that this is the biographical information on the disgraced Texan still available at lancearmstrong.com:  ‘If scripted by Hollywood, the story would be dismissed as trite melodrama: A deadly disease strikes a promising athlete. Despite desperately thin odds, he manages not only to beat the affliction but also to return to the sport and win its top prize, not once but a record seven times. Unbelievable, except it’s true.’ – Yeh, except as we now know, it’s not…

‘(The interview was) nothing but a public relations exercise… If he’d wanted to come clean and seek redemption I would hope that he would seek some appropriate tribunal and give evidence under oath, subject himself to cross-examination and tell the facts. Not just the snippets that he sees is convenient for his own purposes.’ – John Fahey, World Anti-Doping Agency (WADA) President

‘To me (the interview) just seemed like a pantomime because Lance Armstrong should be in court, in front of a jury answering the hard questions… ‘ – Nicole Cooke, speaking to BBC Sports

‘When he says he’s sorry now, how do we know he’s not still lying? How do we know it’s not just another great performance by the all-time leader in them?’ – Rick Reilly, sportswriter, long-term (ex?) friend and previous defender of Armstrong, ESPN.com

‘There are lawyers across the country representing various interests who are recording that interview. From a legal perspective, his issues are becoming more difficult, not less. I don’t see that he solved any problems. I think he opened the door on others.’ – Matt Orwig, former Federal Prosecutor

‘Tonight, Lance Armstrong finally acknowledged that his cycling career was built on a powerful combination of doping and deceit. His admission that he doped throughout his career is a small step in the right direction. But if he is sincere in his desire to correct his past mistakes, he will testify under oath about the full extent of his doping activities.’ – Travis Tygart, CEO of the Untied States Anti-Doping Agency (USADA)

‘It was disturbing to watch him describe a litany of offences including among others doping throughout his career, leading a team that doped, bullying, consistently lying to everyone and producing a backdated medical prescription to justify a test result. However, Lance Armstrong also rightly said that cycling is a completely different sport today than it was 10 years ago. In particular the UCI’s introduction of the biological passport in 2008 – the first sports federation to do so – has made a real difference in the fight against doping… Finally, we note that Lance Armstrong expressed a wish to participate in a truth and reconciliation process, which we would welcome.’ – Pat McQuaid, UCI President

‘Armstrong has destroyed anyone who has been successful in cycling… I get pissed off when I hear that you can’t win the Tour without doping. Look at Andy Hampsten (winner of the 1988 Giro d’Italia, third in the 1989 Giro and fourth in the TdF in 1986 and 1992) – there was no way he was on any doping program.’ – Greg LeMond, three-time TdF champion, now officially the only American to have won the race), speaking to Cyclingnews

‘If he doped while I raced with him, then I would have a lot to say, but how can I comment on 10 years ago?’ – Mark Cavendish, via Twitter

‘It (the interview) didn’t go nearly far enough… he has to name names, we need him to spell out the fact that his doctor, Michele Ferrari, doped him, that his team manager, Johan Bruyneel, supported him. That’s the kind of detail that will help us move forward in a way that helps cycling.’ – David Walsh, the journalist that first raised questions over Armstrong’s integrity, Speaking on BBC Breakfast

‘Forget about trying to judge his contrition level. Here’s the thing: It doesn’t matter. Oprah’s interview, with all due respect to her and her efforts to do a credible job, is window dressing. Armstrong can make a valuable contribution to the body of knowledge about doping whether he’s sincerely sorry or not. But very little of what he said Thursday night leads me to believe he’s ready to do that.’ – Bonnie Ford, journalist ESPN.com

And finally (for now):

According to the New York Times Lance Armstrong may be on the verge of publicly confessing all. Accused, along with his US Postal Service team, by the United States Anti-Doping Agency (USADA) of running ‘…the most sophisticated, professionalised and successful doping programme that sport has ever seen’, Armstrong could, according to the paper, be considering coming clean (so to speak) in order to be able to resume his triathlon ambitions. Coyly, however, the Texan’s layer, Tim Herman, told the NY Times that on the subject of mea culpa Armstrong would have to ‘…speak for himself on that.’ It has been claimed that Armstrong met with USADA Chief Executive Ty Tygart to discuss moving forward, something that Herman has so far denied.

The paper further suggested that Armstrong was seeking to meet with David Howman, Director General of the World Anti-Doping Agency (WADA), but in a statement they said: ‘To date, WADA has had no official approach from Mr. Armstrong or his legal representatives, but – as with anyone involved in anti-doping violations – it would welcome any discussion that helps in the fight against doping in sport.’

It would appear that the British Olympic Association has lost its fight with the World Anti-Doping Agency (WADA) over the legality of life-time bans for those found guilty of drugs offences; a final announcement is expected from the Court of Arbitration for Sport, which has been hearing the BOA/WADA arguments, at lunchtime today (Monday, April 30). It is likely to see the way clear for cyclist David Millar, who received a two-year ban in the run-up to the Athens Olympics for the use of the blood-booster EPO, to try out for qualifiers for the London 2012 GB squad. Since his ban and subsequent humiliation Millar has worked closely with anti-doping organisations and also wrote a warts-and-all book ‘Racing Through the Dark: The Fall and Rise of David Millar’ – take a look at the Cyclo review here.

In the week that WADA (World Anti-Doping Agency) is waiting to hear a decision from the Court of Arbitration for Sport (CAS) on its appeal (in conjunction with the UCI) against Alberto Contador being cleared by the Spanish cycling federation on doping charges, their new ‘Say No to Doping’ campaign has been launched. Expected to be rolled out across all sports that adhere to its ‘collaborative worldwide campaign for doping-free sport’, their short video was premiered at the weekend when it was broadcast to fans at the NHL’s All Star Game in Ottawa, Canada. According to WADA director David Howman the aim is to share a ‘common goal to protect the integrity of sport’. To-date, 16 organizations worldwide have signed up to the campaign, including, Cyclo is glad to see, the London 2012 Olympic Games.

It has been announced that seven South American riders have been provisionally suspended by the Union Cycliste Internationale (UCI) for doping violations in response to reports from World Anti-Doping Agency (WADA). A WADA accredited laboratory in Montreal highlighted ‘Adverse Analytical Findings of Stanozolol metabolites in urine samples’ from four riders – Tiago Damasceno, Flavio Reblin and Wagner Alves (all Brazil) and Manuel Villalobos (Chile) – during the 2011 season at the Tour of Reo (July 28-29) and the Volta Ciclistica do Sao Paulo (October 17-20).

Brazil’s Elton Silva tested positive for performance enhancers at the Volta Ciclistica do Sao Paulo, whilst Peru’s Ronald Luza and Bolivia’s Fernando Espindola have also been provisionally suspended after another WADA  accredited laboratory in Bogota found traces of ‘cocaine metabolites and presence of 19-norandrosterone as well as Boldenone PC and metabolite’ in their urine samples. All provisional suspensions will remain in place until the riders’ respective national federations can consider the findings.